Cradles of the Reich Book Signing with Jennifer Coburn 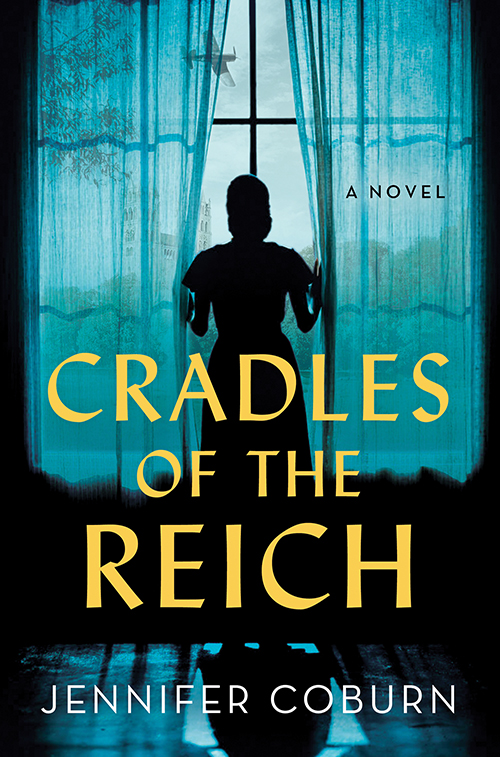 E. Shaver, booksellers and the Bull Street Public Library are pleased to present Jennifer Coburn on her debut novel Cradles of the Reich

Please join us at the Bull Street Library Auditorium for a book presentation and signing.

"The Handmaid's Tale meets WWII in Cradles of the Reich, which explores the little-known history of Hitler's Lebensborn program and its goal of mass-breeding racially fit babies for the master race. Three German women are destined to collide at a Bavarian breeding home: a blond beauty desperately concealing her unborn child's Jewish heritage, a Nazi official's fanatical young mistress, and a nurse determined to keep her head down in the home's increasingly sinister program of forced adoptions, queasy eugenics, and racial cleansing. Jennifer Coburn's debut historical novel is adept, unforgettable, and brilliantly unsettling! -- Kate Quinn, New York Times bestselling author of The Rose Code

Three women, a nation seduced by a madman, and the Nazi breeding program to create a so-called master race

At Heim Hochland, a Nazi breeding home in Bavaria, three women's fates are irrevocably intertwined. Gundi is a pregnant university student from Berlin. An Aryan beauty, she's secretly a member of a resistance group. Hilde, only eighteen, is a true believer in the cause and is thrilled to carry a Nazi official's child. And Irma, a 44-year-old nurse, is desperate to build a new life for herself after personal devastation. All three have everything to lose.

Based on untold historical events, this novel brings us intimately inside the Lebensborn Society maternity homes that actually existed in several countries during World War II, where thousands of racially fit babies were bred and taken from their mothers to be raised as part of the new Germany. But it proves that in a dark period of history, the connections women forge can carry us through, even driving us to heroism we didn't know we had within us.

Jennifer Coburn is the author of Cradles of the Reich, a historical novel about three very different women living at a Nazi Lebensborn breeding home at the start of World War ll.

She has also published a mother-daughter travel memoir, We'll Always Have Paris, as well as six contemporary women's novels. Additionally, Jennifer has contributed to five literary anthologies, including A Paris All Your Own.

Jennifer lives in San Diego with her husband, William. Their daughter, Katie is currently in graduate school. When Jennifer is not going down historical research rabbit holes, she volunteers with So Say We All, a live storytelling organization, where she is a performer, producer, and performance coach. She is also an active volunteer with Reality Changers, a nonprofit that supports low-income high school students in becoming the first in their families to attend college.