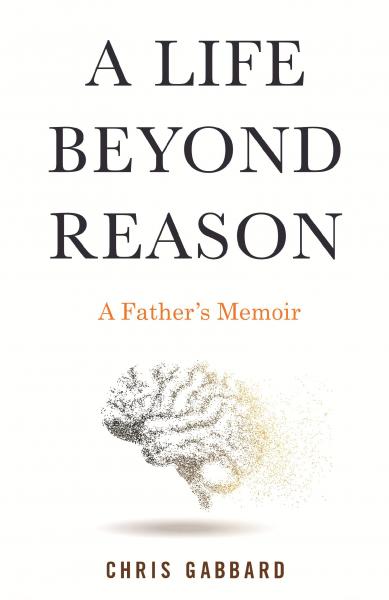 A Life Beyond Reason: A Father's Memoir by Chris Gabbard

"For readers of When Bad Things Happen to Good People and When Breath Becomes Air, the story of how one father's Kafka-esque foray into the bowels of American medicine forced him to reexamine his own values and the purpose of human life. Before becoming a father, Chris Gabbard was a fast-track academic finishing his doctoral dissertation at Stanford. A disciple of reason and all things steeped in the ideas of Enlightenment thinkers, Gabbard was influenced by his favorite philosophers--Socrates, Aristotle, John Locke, Peter Singer. That is, until he had August. Despite his faith in modern medicine, the very science Gabbard touted as infallible fails him. August was born nonverbal, unable to walk or feed himself due to an injury that was the likely result of medical error. In the midst of adjusting to a life of intense caregiving, doctor's visits, negotiations with Medicaid, and the pressure of mounting debt, he becomes obsessed with uncovering what doctors should have done differently to save his son from what he can only fathom as a life of suffering. But, as Gabbard cares for August during his short fourteen years of life, he experiences a profound evolution as the monumental truths of his idols give way and he comes to understand that his son is undeniably a person deserving of life. Unflinching and luminous, A Life Beyond Reason is an account of medical error, family, and excruciating personal and philosophical transformations for anyone who has questioned the very foundations of their beliefs."

Chris Gabbard is an associate professor of English at the University of North Florida. He serves on the editorial board of The Journal of Literary and Cultural Disability Studies, and his writing about disability, literature, and the Enlightenment has appeared in numerous academic publications and journals. He lives with his family in Jacksonville, FL.

A Life Beyond Reason: A Father's Memoir (Hardcover)