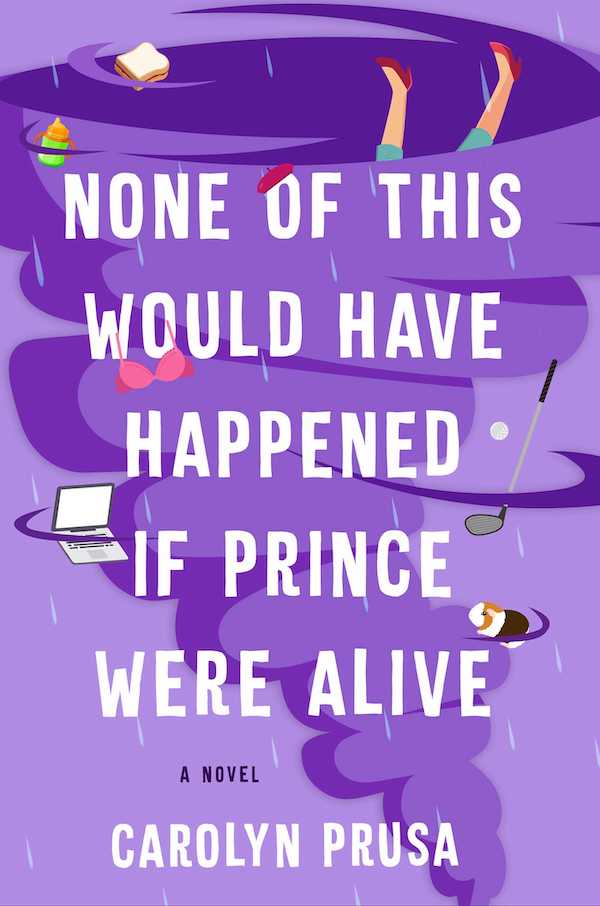 Join Us Thursday, December 1st from 6-8pm at El Rocko Lounge for the Savannah Book Launch of Carolyn Prusa's Debut Novel "None of This Would Have Happened If Prince Were Still Alive"

Perfect for fans of Maria Semple and Jennifer Weiner, this smart and witty debut novel follows Ramona through the forty-eight hours after her life has been upended by the discovery of her husband's affair and an approaching Category Four hurricane.

Ramona's got a bratty boss, a toddler teetering through toilet training, a critical mom who doesn't mind sharing, and oops--a cheating husband. That's how a Category Four hurricane bearing down on her life in Savannah becomes just another item on her to-do list. In the next forty-eight hours she'll add a neighborhood child and the class guinea pig named Clarence Thomas to her entourage as she struggles to evacuate town.

Ignoring the persistent glow of her minivan's check engine light, Ramona navigates police check points, bathroom emergencies, demands from her boss, and torrential downpours while fielding calls and apology texts from her cheating husband and longing for the days when her life was like a Prince song, full of sexy creativity and joy.

Thoroughly entertaining and completely relatable, None of This Would Have Happened if Prince Were Alive is the hilarious, heartwarming story of a woman up to her elbows in calamities and about to drive off the brink of the rest of her life.

Carolyn Prusa has written for Savannah Magazine, The Charlotte Observer, and other publications. She lives in Savannah with her husband, two sons, and giant rescue dog, Dale, who looks like a Wookie and sings like an angel. Find out more on Twitter @CarolynPrusa.

None of This Would Have Happened If Prince Were Alive: A Novel (Hardcover)