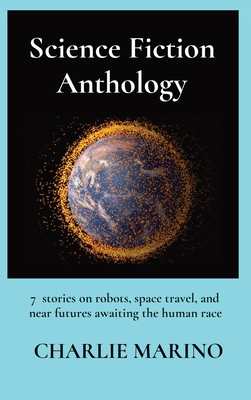 Stories of robots, aliens, and surprising futures just around the corner. Enjoy this anthology of scifi stories from scientist Charles J Marino.

Mutant Escape - A few years from now, the next evolutionary step in humans are discovered to be appearing randomly in our population. In the midst of racism and tensions, a derelict alien spacecraft arrives, providing unexpected opportunities for competing interests.

Tattoo World - On a moon of a distant star, humans are evolving to adapt with a side effect of naturally emerging tattoos upon maturity. A woman's struggle for identity.

Seed Ship - A philanthropist issues an offer and a challenge to university professors and their students: design a spacecraft and mission to perform panspermia - the intentional seeding of worlds using our planetary organic materials

A Little More Oxygen - At a time when Earths once high oxygen content had fallen causing insects to shrink from ten foot monsters & the only native intelligence faces its own extinction, they find a way using primitive primates.

The Arvidson Legacy - The Arvidson Legacy chronicles events leading up to the intersection of our solar system with another, composed of a red dwarf and several small planets. Whether we will hit each other, or pass like ships in the night is unknown, but the people of Earth are in a panic and desperate measures must be taken.

Veil of Dreams - A Lovecraft-style musing on what lies beyond the reality of our existence in this plane, as experience by three seemingly ordinary people.

Demeter Unbound - Some time in the 21st century, after a world war is avoided between the USA and China, government officials of the many nuclear powers are nervous. A doomsday deterrent sets off a chain of events which quickly spiral out of control.