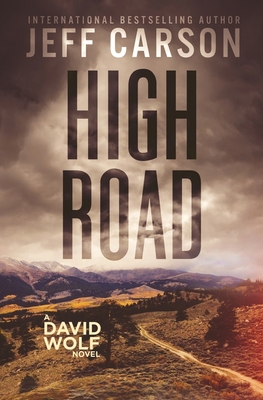 In the brand-new thrilling mystery from a #1 Amazon and International Bestselling author, Detective David Wolf is pulled to a high plateau in the heart of the Colorado Rockies, and to a murder case that will test every ounce of his character.

When a sheriff's son is found dead in a neighboring county to the south, clues show foul-play. Led by the same sheriff now doubling as a father hell-bent on vengeance, the investigation turns violent, pushing the local district attorney north to Rocky Points for help. They need somebody with an outside perspective to lead the investigation, and Chief Detective David Wolf is just their man. Wolf has no pending investigations and there's a fellow man in law enforcement in need, so he has little reason to say no and every reason to say yes. However, it's not the sheriff who's asking for help. And as it turns out Wolf has a history on the football field with this sheriff-one involving a lot of pain for Wolf. Setting aside personal feelings, Wolf ventures south and gets tangled in a mysterious investigation, and finds a truth that is fractured, its pieces scattered wide by the explosive nature of the big man from the gridiron now wearing the badge in Crow Valley. Just as expected Wolf finds his presence is unwanted, but it's soon clear that innocent people are in mortal danger with the vigilante justice that's being doled out in Crow County, and there are unseen forces at play rendering all involved blind. With danger looming if he makes one misstep, can Wolf gather all the pieces of truth and stop the killing? Or will this be the time he dies trying? The David Wolf Mystery Thriller Series blazes ahead with an adventure mystery thriller that will keep you reading until the final page