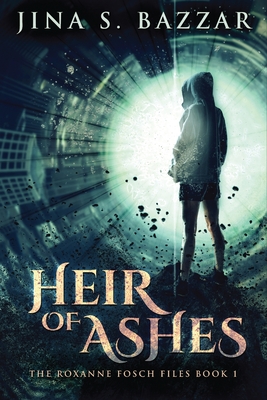 At the age of twelve, Roxanne Fosch had a perfectly normal life. By the time she was twenty-two, she was being hunted.

After being trapped for years in the clutches of the Paranormal Scientists Society, Roxanne escapes and sets on a dangerous quest for the truth.

Hunted by scientists keen to exploit her extraordinary abilities, and dangerous factions whose plans she cannot fathom, Roxanne discovers a shocking secret about her past. But is everything she's ever known a lie?

This is the large print edition of Heir of Ashes, with a larger font / typeface for easier reading.﻿