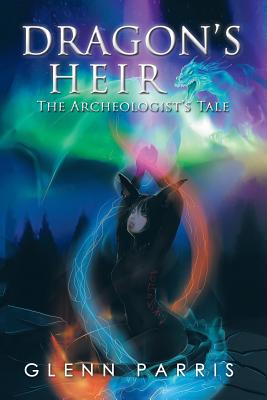 The Efilu archeologist, Vit Na, is a misfit among her crew. En route to Fitu, their planet of origin, the Efilu research vessel, ReQam's important jobs have been assigned to specialists, scientists and soldiers. Were it not for her intimate relationship with High Commander Tur, her Synesprit, she would not have been on this expedition at all. The ship's complement arrives to a world they never expected, a world no longer their own.

When the invincible ReQam is crippled by the new inhabitants, Tur's crew is stranded thousands of light years from home. As far as anyone knew, all Fitu's abandon, indigenous life forms perished 65 million years ago along with The Keepers, followers of the ancient mystic, Dragon. Due to her petite size, for she is nearly as small as the biped mammals they contend with, Vit Na is conscripted as in infiltrator, and deployed among the hostile mammals who have evolved to resemble the Efilu.

It soon becomes clear that the vital resource for which Tur's seeks was intentionally tainted to draw the Efilu back of this strange world. Vit Na finds herself uniquely prepared to serve as desperately needed advocate to the crafty mammals who filled that vacant, Efilu niche and are now in jeopardy. Who would have guessed that a daughter of noble house Kemit would be destined to defend vermin, long believed extinct after the Efilu Exodus from a world now called Earth?

As a board certified rheumatologist, Glenn Parris has practiced medicine in the northeast Atlanta suburbs for over 20 years. He has been writing for nearly as long. Originally from New York City, Parris migrated south to escape the cold and snow, but fell in love with the southern charms of Georgia and Carla, his wife of 22 years. He now writes cross-genre in medical mystery, science fiction, fantasy, and historical fiction. The Renaissance of Aspirin is his debut novel.