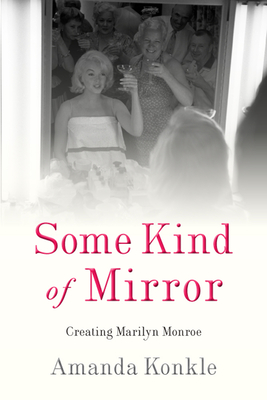 Although she remains one of the all-time most recognizable Hollywood icons, Marilyn Monroe has seldom been ranked among the greatest actors of her generation. Critics have typically viewed her film roles as mere extensions of her sexpot star persona. Yet this ignores both the subtle variations between these roles and the acting skill that went into the creation of Monroe’s public persona.

Some Kind of Mirror offers the first extended scholarly analysis of Marilyn Monroe’s film performances, examining how they united the contradictory discourses about women’s roles in 1950s America. Amanda Konkle suggests that Monroe’s star persona resonated with audiences precisely because it engaged with the era’s critical debates regarding femininity, sexuality, marriage, and political activism. Furthermore, she explores how Monroe drew from the techniques of Method acting and finely calibrated her performances to better mirror her audience’s anxieties and desires.

Drawing both from Monroe’s filmography and from 1950s fan magazines, newspaper reports, and archived film studio reports, Some Kind of Mirror considers how her star persona was coauthored by the actress, the Hollywood publicity machine, and the fans who adored her. It is about why 1950s America made Monroe a star, but it is also about how Marilyn defined an era.

AMANDA KONKLE is an assistant professor of film studies and English at Georgia Southern University’s Armstrong Campus in Savannah, Georgia.

"Written with passion and verve, this meticulously researched and well-argued book is a valuable entry into our ongoing conversations about movie stars and their meanings in their original contexts as well as our own."
— Adrienne McLean

"Konkle brings fresh understanding to the Marilyn Monroe phenomenon, shedding light on her journey from sexpot to star, and revealing the complex construction and development of the Monroe image."
— Lucy Bolton

"Some Kind of Mirror is a fascinating study, a must-read for connoisseurs of Monroe's career, and a choice pick for public and college library Film Studies shelves. Highly recommended."
— Midwest Book Review