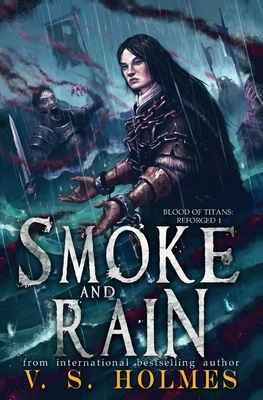 Some heroes are as broken as the world they must reforge

A mad king's genocide destroyed Alea's home and left her sanity in tatters. Wracked with grief, she now faces a lonely life in a strange city. The war has other plans. Caught in the crossfire between the gods and their creators, Alea's new friend Arman abandons his idyllic jeweler's life-and his humanity-to protect them both from the coming terror.

Across enemy lines, bastard lieutenant Brentemir Barrackborn is horrified by the blood on his hands. If he has any hope of redemption-or surviving the war-he must choose between his newfound family and the gods he worships.

As Arman and Brentemir's sacrifices grow, Alea realizes that only the darkness inside her can end the bloodshed.

​Smoke and Rain won New Apple Literary's Excellence in Independent Publishing Award in 2015, a Literary Titan Gold in 2020 and became an international bestselling fantasy in 2019