Moons of the Solar System, Revised Second Edition: Incorporating the Latest Discoveries in Our Solar System as well as Suspected Exomoons (Paperback) 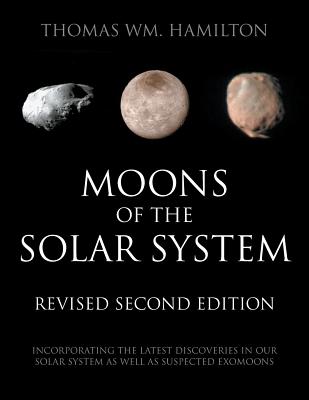 Moons of the Solar System, Revised Second Edition: Incorporating the Latest Discoveries in Our Solar System as well as Suspected Exomoons (Paperback)

Having once worked on the Apollo Project, the author has long been fascinated in studying moons. From Galileo's discoveries in 1610, to the latest returns from the Cassini spacecraft in orbit around Saturn, four centuries of discoveries in the solar system are summarized, complete with the names of those responsible for finding them.

The 185 known moons of the planets and dwarf planets in the solar system are described in great detail, from how they were discovered, and by whom, to information about their sizes and orbits.

The strange and exotic origins of the moons' names make for astonishing stories. Moons of the Solar System also includes the possible dangers faced by human travel in space.

About the Author: Thomas Wm. Hamilton taught astronomy for 32 years. He has devoted his efforts since retiring to writing about astronomy as well as three books of science fiction. The author lived most of his life in big cities including San Francisco and New York, "which are about as bad for viewing the sky as living in a cave. The year I spent in New Hampshire was the best time for getting personally acquainted with the night sky. The asteroid 4897 was named by the International Astronomical Union Tomhamilton for me."