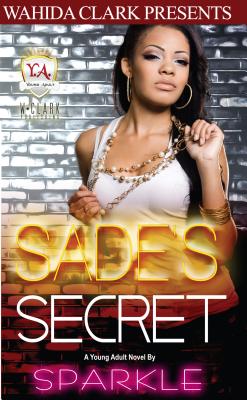 There's nothing sweet about turning sixteen as three friends will soon find out. Fifteen-year-old Sade Washington has been harboring a secret from her two best friends, Crystal Jackson and Dena Bradford. Her secret threatens to be revealed when she discovers she is pregnant. Once Sade's secret is out, it drives a bitter wedge between her and her mother Joyce and creates a love/hate relationship. Sade attempts to have a normal teen life, but as she turns sixteen, reality hits her head on. She must make choices that will not only affect her future, but that of her unborn child. Sade's Secret takes the reader on an emotional ride as it tackles a strong subject matter and the dynamics of mother-daughter relationships.

Sparkle is a pseudonym for Shelia M. Goss, a national bestselling author and screenwriter. Her seventeenth book in print will be released nationwide in February 2014. She writes in multiple genres. USA Today says, "Goss has an easy, flowing style with her prose..." She's received many accolades in her career, including being a finalist in the mystery category for the 2013 AA Literary Award Show and a 2012 & 2014 Emma Award Finalist. Her books have been on several best sellers lists, such as: Essence Magazine, Dallas Morning News and Black Expressions Book Club. For more information, visit: www.sheliagoss.com or www.sheliagoss.com/sparkle