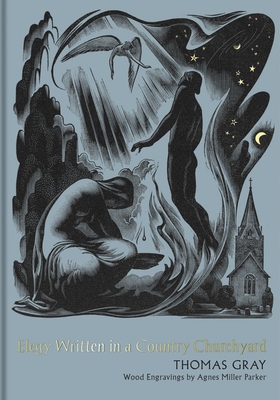 
On Our Shelves Now
Commemorating the 250th anniversary of the poet’s death, this volume will introduce new readers to Thomas Gray’s Elegy Written in a Country Churchyard.

“The Curfew tolls the knell of parting day...”

Thomas Gray’s Elegy Written in a Country Churchyard has been loved and admired throughout the centuries. First circulated to a select group of friends, it was rushed to official publication in 1751 to avoid pirated copies being sold without the young poet’s permission. Praised by Samuel Johnson, reprinted repeatedly in Gray’s lifetime, and recited by generations of schoolchildren, it is one of the most famous poems in the English language.

This new edition reproduces Agnes Miller Parker’s exquisite wood engravings inspired by the poem, which were completed in 1938. All thirty-two stanzas of the poem are accompanied by detailed full-page illustrations. Commemorating the 250th anniversary of the poet’s death, this edition will not only bring new readers to the Elegy but will also appeal to those already familiar with its riches.

Thomas Gray (1716–71) spent much of his adult life in Cambridge, eventually becoming professor of modern history there. He is buried in the churchyard of St Giles, Stoke Poges, the setting for his poem.