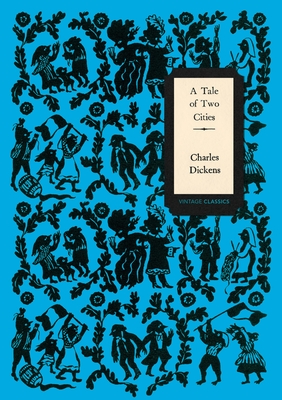 Lucie Manette has been separated from her father for 18 years while he languished in Paris's most feared prison, the Bastille. Finally reunited, the Manettes' fortunes become inextricably intertwined with those of two men, the heroic aristocrat Darnay and the dissolute lawyer Carton. Their story, which encompasses violence, revenge, love and redemption, is grippingly played out against the backdrop of the terrifying brutality of the French Revolution.

Charles Dickens (1812–1870) is considered one of the English language's greatest writers. His works include The Adventures of Oliver Twist, David Copperfield, Great Expectations, The Life and Adventures of Nicholas Nickleby, and A Tale of Two Cities.