Claire and the Dragons (Paperback) 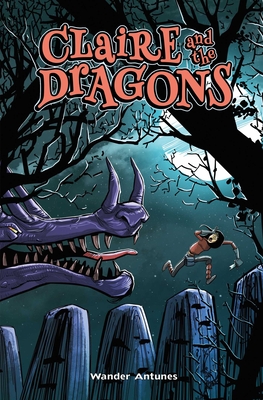 Claire and the Dragons (Paperback)

Claire is a young girl, tough-minded and independent. She isn’t afraid to explore her world, which is how she encounters the old hermit Lontar. The crazy old coot is inspired by a supernatural revelation he had many years ago. He believes that if he leaves a cave where he has lived for many years, the world will be invaded by dragons. It is his conviction that he must remain in self-imposed exile until the emergence of a true hero, someone who is capable of leading humanity in the fight against these terrible creatures. Treated as if he were crazy by the local villagers, he relies on Claire to provide for his needs. However, Claire has not yet realized that Lontar believes that she is the fulfillment of the ancient prophecy!
Wander Antunes is 54 years old and now lives in São Paulo, the largest Brazilian city, but he was born in Deep Brazil.  In this place there were magical mountains, pirates, dragons, sorceresses, and mysterious natives, and each cloud told a story full of adventures. Everything he went through in his childhood years, and Mark Twain, especially his Huck Finn, molded the man he became.  Claire is the heir to everything Wander has read and lived through.