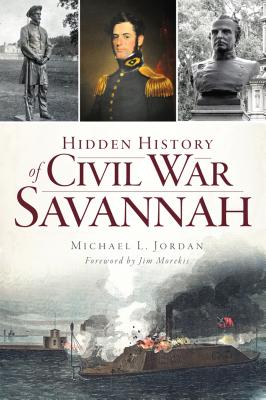 Savannah, Georgia was home to one of the most notable Civil War moments, naval battles, and has a deep Civil War past. Noted local filmmaker and author tells the stories of Savannah's deep engagement in the conflict.

Union general William T. Sherman cemented Savannah's most notable Civil War connection when he ended his "March to the Sea" there in December 1864. However, more fascinating stories from the era lurk behind the city's ancient, moss-draped live oaks. A full-scale naval battle raged between ironclad warships just offshore. More than seven thousand prisoners were confined in the area surrounding Forsyth Park. And on March 21, 1861, the present-day Savannah Theatre was the site of one of the most inflammatory and controversial speeches of the entire war. Noted local filmmaker and author Michael Jordan delves deep into this fabled city's Civil War past.