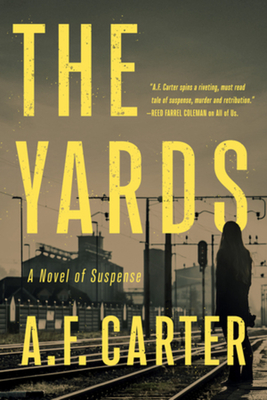 In this twisty crime novel, a hotel hook up gone wrong finds a single mother suspected of murder

Git O’Rourke is from the wrong side of the tracks—even if, in the depressed Rust Belt town of Baxter, it’s not always clear where that designation begins. A single mother, she works hard to support her daughter Charlie, but still finds time to cut loose every once in a while, to go to a local bar, drink martinis and find a companion for the night. Which is exactly how she ends up in a hotel room with a strange man passed out on heroin, and how she comes to possess the bag of money and guns that he left open as he got his fix.

When the dead body is discovered at the Skyview Motor Court, a bullet through its forehead, officer Delia Mariola is one of the first on the scene. She recognizes the victim as the perpetrator in an earlier crime—a domestic violence call—but that does little to explain how he ended up in the situation in which they find him. She knows he’s connected to the local mob, but the crime scene doesn’t exactly resemble their typical hit. Instead, all signs point to a pick-up gone wrong. Which means that all signs point to Git.

A twisted tale set in a tough town, The Yards is a multiple-voiced mystery with two unforgettable women at its core; its suspenseful, thrilling, and unpredictable plot will keep the reader guessing until the very last page.

A. F. Carter lives and works in New York City and is the author of All of Us and The Yards.
The Yards is told from alternating viewpoints — Delia Mariola, Git O’Rourke, Connor Schmidt — very different people with very different goals. It’s the intersection of their lives that makes A. F. Carter’s novel so explosive.

The suspense builds [...] and the plot takes some unexpected turns. This is another impressive effort from Carter.
— Publishers Weekly

A breathless suspenser that’s also a painfully acute evocation of the wrong side of the tracks.
— Kirkus

Another twisted tale from the author of All of Us, one guaranteed to satisfy.
— Booklist