The Horse Who Bears Me Away (Paperback) 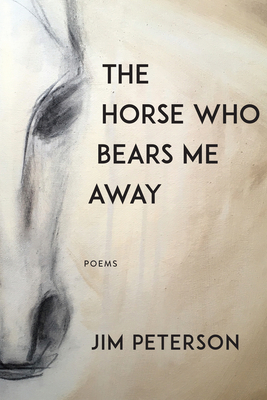 The Horse Who Bears Me Away (Paperback)

In the first section of The Horse Who Bears Me Away, "The Fall," an assortment of characters descend inwardly to the point of personal despair. In the second section, "Anywhere but Omaha," they begin, with difficulty, to see more clearly who and what they are and to climb their way out of the nadir. In the final section, "Mutation," the characters embark on a path to transformation--an awakening into a new way of seeing and existing in a world that is constantly testing the validity of their identities. This collection of poems, Peterson's seventh, challenges readers to consciously embrace the dark side of their American psyche and to reach past it to a new way of being at peace with both the known and the unknown, which is called freedom.