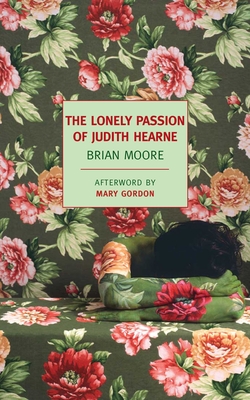 By Brian Moore, Mary Gordon (Afterword by)
$14.95
On Our Shelves Now

If you like obscure British literature, stories about somewhat distrubed, middleaged church ladies, then this is the book for you!

The Lonely Passion of Judith Hearne is an unflinching and deeply sympathetic portrait of a woman destroyed by self and circumstance. First published in 1955, it marked Brian Moore as a major figure in English literature (he would go on to be short-listed three times for the Booker Prize) and established him as an astute chronicler of the human soul.

Judith Hearne is an unmarried woman of a certain age who has come down in society. She has few skills and is full of the prejudices and pieties of her genteel Belfast upbringing. But Judith has a secret life. And she is just one heartbreak away from revealing it to the world.

Brian Moore (1921–1999) was born into a large, devoutly Catholic family in Belfast, Northern Ireland. His father was a surgeon and lecturer, and his mother had been a nurse. Moore left Ireland during World War II , serving in Europe and North Africa. In 1948 he moved to Canada, where he worked for the Montreal Gazette, married his first wife, and began to write potboilers under various pen names, as he would continue to do throughout the 1950s. Judith Hearne (1955, later retitled The Lonely Passion of Judith Hearne), said to have been rejected by a dozen publishers, was the first book Moore published under his own name, and it was followed by nineteen subsequent novels written in a broad range of modes and styles, from the realistic to the historical to the quasi-fantastical, including The Luck of Ginger Coffey, An Answer from Limbo, The Emperor of Ice-Cream, I Am Mary Dunne, Catholics, Black Robe, and The Statement. Three novels—Lies of Silence, Color of Blood, The Magician’s Wife—were short-listed for the Booker Prize, and The Great Victorian Collection won the James
Tait Black Memorial Prize. After adapting The Luck of Ginger Coffey for film in 1964, Moore moved to California to work on the script for Alfred Hitchcock’s Torn Curtain. He remained in Malibu for the rest of his life, remarrying there and teaching at UCLA for some fifteen years. Shortly before his death, Moore wrote, “there are those stateless wanderers who, finding the larger world into which they have stumbled vast, varied and exciting, become confused in their loyalties and lose their sense of home. I am one of those wanderers.”

Mary Gordon is the author of the novels Spending, The Company of Women, The Rest of Life, Final Payments, The Other Side, and Pearl; the short-story collections Temporary Shelter and The Stories of Mary Gordon; and the memoir The Shadow Man. She has received a Lila Wallace–Reader’s Digest Award, a Guggenheim Fellowship, and the 1997 O. Henry Award for best story. She teaches at Barnard College and lives in New York City.

Selected by The Guardian as one of 1,000 novels you must read before you die.

"Moore has absolute control over his narrative, and Judith Hearne's descent is both excruciating and enthralling."  –  Anne Enright in O, The Oprah Magazine

“With his first serious book Brian was already in full possession of his technical accomplishment, his astounding ability to put himself into other people’s shoes, and his particular view of life: a tragic view....He was to prove incapable of writing a bad book, and his considerable output was to include several more that were outstandingly good; but to my mind he never wrote anything more moving and more true than Judith Hearne.”—Diana Athill

“In virtually all of Moore's novels, there is a dramatic, vital connection between protagonist and place: Judith Hearne, the Catholic spinster drifting into alcoholism and isolation, is the lyric embodiment of repressed, claustrophobic Belfast, a descendant of the ageing spinsters of James Joyce's Dubliners”—Joyce Carol Oates, TLS

“Brian Moore [wrote] a superb first novel; The Lonely Passion of Judith Hearne reads as freshly, and as heart-breakingly, today as it did when it first appeared in 1955.”—John Banville

“The Lonely Passion of Judith Hearne is, to my notion, everything a novel should be.”—Harper Lee (New York Times, 1960)

"Each book of [Moore’s] is dangerous, unpredictable, and amusing. He treats the novel as a trainer treats a wild beast."—Graham Greene

“Brian Moore was a wonderful writer, one of the few genuine masters of the contemporary novel.” —Thomas Flanagan

“The Lonely Passion of Judith Hearne reads as freshly, and as heart-breakingly, today as it did when it first appeared in 1955.” —John Banville

“The Lonely Passion of Judith Hearne is undoubtedly the best-written, most intense, wildly imaginative, exuberant and powerful of [Brian Moore’s] books, and along with Connell’s Mrs. Bridge, Wallant’s The Pawnbroker, and Yates’s Revolutionary Road, remains one of the authentic if uncelebrated classics of the last twenty years.”

"Set in Belfast in the early 1950s, Brian Moore’s The Lonely Passion of Judith Hearne is not a kind book, no, but it is utterly transfixing.... By the end of this truly brilliant, shocking novel, a story peopled by characters who make your skin crawl, the impossible has occurred: The reader both understands and feels compassion for a really awful woman."

Moore is surely one of the most versatile and compelling novelists writing today.
—Daily Telegraph
I can’t think of another living male novelist who writes about women with such sympathy and understanding.
—Times Literary Supplement
Remarkable...seldom in modern fiction has any character been revealed so completely or been made to seem so poignantly real.
—The New York Times
A harrowing tour de force.
—New Statesman and Nation
A powerful haunting story by a young Irish-Canadian who knows the meaning not only of loneliness, but that of compassion as well.
—The New York Times
A penetrating, comic, tragic tale of a plain woman…It is a novel that occasionally sings with the lilt of the Irish greats.
—San Francisco Chronicle