Maps and Transcripts of the Ordinary World: Poems (Paperback) 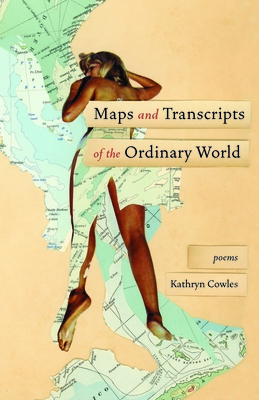 Maps and Transcripts of the Ordinary World: Poems (Paperback)

Kathryn Cowles's Maps and Transcripts of the Ordinary World is a collection that lingers in memory and place, in the unsettled distance between reality and its transcriptions.

"I take seven photographs turning / in a circle, a panorama, / but how will I place them hanging / on a wall back home? Something already slipping," Cowles writes. These poems surround a central question: how much of a moment is captured by the mechanisms we use to describe it? How much of the shore, the birds, the feeling? In pursuit of an answer, Cowles leads readers through a sequence of distinct landscapes (islands, plains, mountains, oceans) with both traditional lyricism and the playful refrains of a speaker fixated on the dilemma of representation. "Holy photograph. Holy actual world. Equal sign equal sign equal sign."

Maps and Transcripts of the Ordinary World both puzzles over and embraces the valley between literature and lived experience. Along the way, Cowles's language is light but recursive, rotating around beloved places: a new house, a garden, a seemingly endless plane ride, a battery-operated spit of lamb, a photograph of a battery-operated spit of lamb, dogs, Sue, Ohio. This collection defamiliarizes and refamiliarizes the "actual world," while navigating toward the clear and substantial stuff of living.

Arresting on both visual and textual levels, Maps and Transcripts of the Ordinary World is executed with the utmost intelligence, humility, and tenderness.

Kathryn Cowles is the author of Eleanor, Eleanor, not your real name, winner of the Dorothy Brunsman Poetry Prize. Her poems and poem-photograph hybrids have been published in the Georgia Review, New American Writing, Best American Experimental Writing, Verse, Free Verse, Colorado Review, Diagram, the Academy of American Poets Poem-a-day, and elsewhere. She earned her doctorate from the University of Utah and is an associate professor of English at Hobart and William Smith Colleges in the Finger Lakes region of New York.