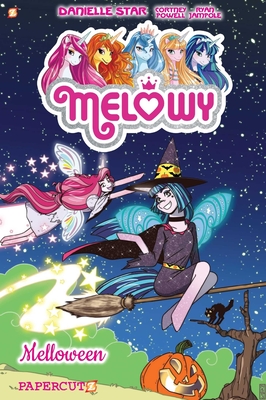 This is book number 5 in the Melowy series.

It’s that time of year, when all of Destiny is decorated from wing to hoof in spider webs, ghosts, pumpkins, and pegasus witches on broomsticks…All Souls Night is here!All the Melowies dress up for the masquerade ball celebration and spooky stories are told of ancient times passed, when good and evil battled for control of Aura. This year, the legendary and priceless crown of Queen Alexandria is present for the festivities…until it mysteriously vanishes! Cora, Cleo, Maya, Selena, and Electra must search for the crown as the future of all Destiny hangs in the balance!