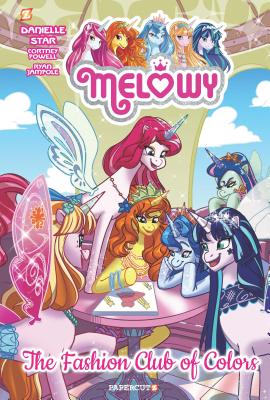 This is book number 2 in the Melowy series.

Destino’s esteemed Fashion Club is holding open auditions. Electra and Selene, the most fashionable of the Melowys, simply must try out. But when the spoiled Eris also has her eyes on the club, she can’t help but meddle and get her hooves dirty! Will Electra and Selene make it to the Forest of Colors for their auditions without being fashionably late?