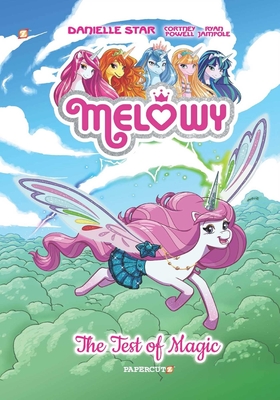 When flying unicorns called Melowies turn fourteen they go to school at Destino, a legendary castle hidden somewhere in the clouds. Here they develop their special power, which lies dormant in them until they finish school and discover their place in the world. What lies ahead for the impressive group of Electra, Selene, Kora, Maia, and Clio, each destined for their own paths? Dreams, adventure, and friendship around every corner!