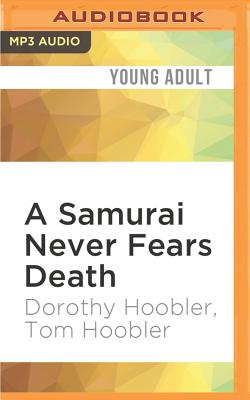 This is book number 5 in the Samurai Detective series.

For Seikei, the adopted son of the famous samurai Judge Ooka with a knack for solving mysteries, a trip home to see his real family isn't cause to celebrate. His brother has become mixed up with local criminals who use the family's tea shop as a front for a smuggling operation. His sister, meanwhile, has fallen in love with an apprentice to a puppet master who stands accused of murder. Somehow, Seikei senses the two are connected. His loyalties divided between his new family and his old, Seikei must find the real killer before it is too late.

Set against the eerie backdrop of the old Japanese puppet theaters, where life-sized marionettes were controlled by black-cloaked men, Edgar Award-winners Dorothy and Thomas Hoobler render their most satisfying mystery to date.