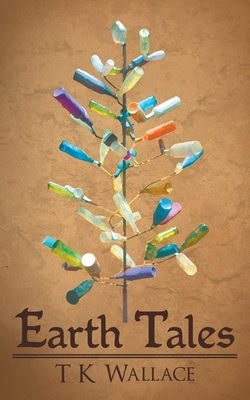 Within his second collection of writings, vivid storyteller T K Wallace shares a fascinating glimpse into his imagination and life experiences as he cleverly intertwines fiction with reality in a variety of settings.

Wallace's latest volume begins with a tale about Scoty, a task oriented hitchhiker on his way to San Francisco. But when he arrives, he gets more than he bargained for as the city shows its multicolored under side. Next, Wallace leads us on a journey sharing insight into aliens and the lives of characters facing a variety of escapades while experiencing beach time on Coney Island. Then a quick journey down south for the pilot episode of 'Crocker's'. Next, a trip to New York City during the holidays to sell Christmas Trees.Then, a trip back in time for a taste of teenage pyromania. And finally then to Savannah during the early seventies as a head shop attempts to survive before its time.

Five more stories are included. Free Lance Writer is a writer's daydream of selling directly to the general public. Fred the Cop is the story of maturity and psilocybin. I Was in a Coma Once covers a personal struggle between life and death. A Baseball Story is about an autographed ball with a history. And, Just an Idea explores one possibility of saving a New York City landmark, the Apollo Theater.

Earth Tales is a collection of entertaining writings that help lead others through times and places that prove that a life well lived is a life full of adventure.

T K Wallace is the author of another short story collection, Water Songs, as well as several screenplays, serial comedies, and stage plays. He currently resides in Thunderbolt, Georgia.For more about T K and his work, visit 'tedkwallace.com'.