The Wrath of Angels: A Charlie Parker Thriller (Hardcover) 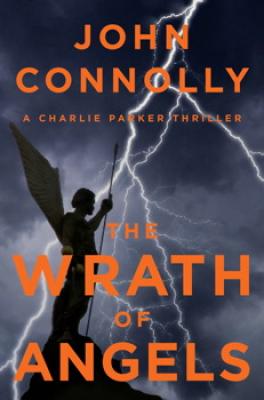 By John Connolly
Email or call for price
Unavailable

This is book number 11 in the Charlie Parker series.

In the depths of the Maine woods, the wreckage of a plane is discovered. There are no bodies, and no such plane has ever been reported missing, but men both good and evil have been seeking it for a long, long time.

What the wreckage conceals is more important than money. It is power: a list of names, a record of those who have struck a deal with the devil. Now a battle is about to commence between those who want the list to remain secret and those for whom it represents a crucial weapon in the struggle against the forces of darkness.

The race to secure the prize draws in private detective Charlie Parker, a man who knows more than most about the nature of the terrible evil that seeks to impose itself on the world, and who fears that his own name may be on the list. It lures others, too: a beautiful, scarred woman with a taste for killing; a silent child who remembers his own death; and a serial killer known as the Collector, who sees in the list new lambs for his slaughter. But as the rival forces descend upon this northern state, the woods prepare to meet them, for the forest depths hide other secrets.

John Connolly is the author of the Charlie Parker series of mystery novels, the supernatural collection Nocturnes, the Samuel Johnson Trilogy for younger readers, and (with Jennifer Ridyard) the Chronicles of the Invaders series. He lives in Dublin, Ireland. For more information, see his website at JohnConnollyBooks.com, or follow him on Twitter @JConnollyBooks.

“Memorable . . . it takes readers on a path they truly won’t believe, offering diehard evil from the first to the last page . . . Connolly has once again delivered an all-out thrill ride!”
— Suspense Magazine

“I believe that I have already read what is sure to be one of the best books to be published this year: THE WRATH OF ANGELS . . . Read this with the lights on and the doors locked.”
— Bookreporter.com

“Connolly’s superb fusion of noir and the supernatural is to be savored, and not to be missed.”
— My Bookish Ways

“It kept me captivated throughout and wowed me with all its revelations . . . The Wrath of Angels marks itself as a high point of the Charlie Parker series.”
— Fantasy Book Critic