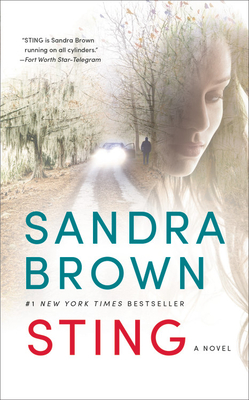 
Usually Ships in 1-5 Days
A savvy businesswoman and an assassin struggle to outwit the FBI -- and each other -- in this #1 NYT bestselling story of sizzling romance and shocking deception from "a masterful storyteller" (USA Today).

When Jordie Bennet and Shaw Kinnard lock eyes across a disreputable backwater bar, something sparks. Shaw is a man who gives off a dangerous vibe that makes other men stand back and women take notice. No one feels this more strongly than Jordie, a woman who doesn't belong in a seedy dive on the banks of a bayou. But here she is . . . and Shaw Kinnard is here to kill her.

As Shaw takes aim, Jordie is certain her time has come. Instead, Shaw has other plans. He abducts Jordie, hoping to get his hands on the $30 million her brother has stolen. But he isn't the only one: Jordie's brother made a deal with the FBI, but his ruthless boss will stop at nothing to find the money first. Now on the run from the feds and a notorious criminal, Jordie and Shaw must rely on their wits to stay alive.

Miles away from civilization and surrounded by swampland, Jordie and Shaw play each other against their common enemies. Jordie's only chance of survival is to outwit Shaw, but he suspects her from the start. Was she in on her brother's scam, or is she an innocent pawn in this deadly vendetta? And just how valuable is her life to Shaw, her remorseless and manipulative captor? Burning for answers -- and for each other -- this unlikely pair ultimately make a desperate move that could be their last.

With nonstop plot twists and the sizzling sexual tension that has made Sandra Brown one of the world's most beloved authors, Sting will keep you on the edge of your seat until its final pages.

Sandra Brown is the author of seventy-two New York Times bestsellers. There are over eighty million copies of her books in print worldwide, and her work has been translated into thirty-four languages. She lives in Texas. For more information you can visit www.SandraBrown.net.
"STING is Sandra Brown running on all cylinders."—Fort Worth Star-Telegram

"Brown continues her transformation from the queen of romantic suspense to the queen of thriller form- eriod... Gritty, crime noir at its absolute best. Superb in all respects." —Providence Sunday Journal

"Brown is an excellent and almost effortless writer...The chemistry is undeniable."—Kirkus Reviews

"Brown crafts facets and depths of characters in a taut novel full of surprises."—Booklist

"[An] exceptional romantic thriller... Brown handles the romance with her usual panache and adds some nifty plot twists that will keep readers guessing."—Publishers Weekly (starred review)