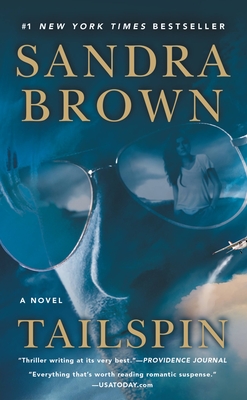 A daring pilot races against time to deliver an important package -- and keep it from falling into the wrong hands -- in this #1 New York Times bestselling thriller of spine-tingling suspense and tantalizing romance.

Rye Mallett, a fearless "freight dog" pilot charged with flying cargo to far-flung locations, is rough-spoken and all business, but soft on regulations when they get in the way of meeting a deadline. But above all, he has a rock-solid reputation: he will fly in the foulest weather, day or night, and deliver the goods safely to their destination. So when Rye is asked to fly into a completely fogbound northern Georgia town and deliver a mysterious black box to a Dr. Lambert, he doesn't ask questions.

As Rye's plane nears the isolated landing strip, more trouble than inclement weather awaits him. Greeted with a sabotage attempt on his plane, he has barely recovered from the crash landing when he meets Dr. Brynn O'Neal, who claims she is receiving the box for Dr. Lambert. Though he has a strict "no-involvement policy" when it comes to others' problems, Rye finds himself being irresistibly drawn in to the intrigue surrounding his cargo . . . and to the mysterious and alluring Brynn.

Soon Rye and Brynn are in a treacherous forty-eight-hour race to deliver the box. With everyone from law enforcement officials to hired guns hot on their heels, they must learn to trust each other to protect their valuable cargo from those who would kill for it.

Sandra Brown is the author of seventy-two New York Times bestsellers. There are more than eighty million copies of her books in print worldwide, and her work has been translated into thirty-four languages. Four of her books have been made into films. In 2008, the International Thriller Writers named Brown its Thriller Master, the organization’s highest honor. She has served as president of Mystery Writers of America and holds an honorary doctorate of humane letters from Texas Christian University. She lives in Texas.