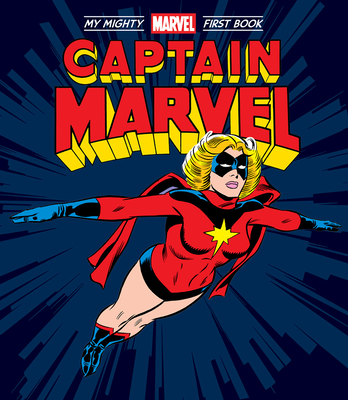 
On Our Shelves Now
An introduction to Captain Marvel for the youngest superfans—featuring art by legendary Marvel artists Jim Mooney and Joe Sinnott, with Keith Pollard and Carmine Infantino

From brilliant pilot to cosmic-powered Avenger, Captain Marvel is one of the mightiest super heroes in the universe! Fly high and soar among the stars with Carol Danvers while learning all about her abilities, skills, and friends in this bright and bold board book, with art from the classic comics. Vivid colors and three special gatefolds make for a fun-filled read that is perfect for the youngest kids and longtime Marvel fans alike.
Marvel Entertainment, LLC, a wholly owned subsidiary of The Walt Disney Company, is one of the world’s most prominent character-based entertainment companies, built on a proven library of more than 8,000 characters featured in a variety of media over 80 years. Marvel utilizes its character franchises in entertainment, licensing, publishing, games, and digital media. For more information visit marvel.com.