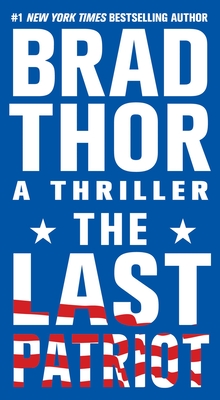 Brad Thor, master of suspense and #1 New York Times bestselling author is back with his highest-voltage thriller to date in which Navy SEAL turned covert Homeland Security operative Scot Harvath must race to locate an ancient secret that has the power to stop militant Islam dead in its tracks.

June 632 A.D.: Deep within the Uranah Valley of Mount Arafat in Mecca, the Prophet Mohammed shares with his closest companions a final and startling revelation. Within days, he is assassinated.

September 1789: U.S. Minister to France Thomas Jefferson, who is charged with forging a truce with the violent Muslim pirates of the Barbary Coast, makes a shocking discovery—one that could forever impact the world’s relationship with Islam.

Present day: When a car bomb explodes outside a Parisian café, Scot Harvath is thrust back into the life he has tried so desperately to leave behind. Saving the intended victim of the attack, Harvath becomes party to a perilous race to uncover a secret so powerful that militant Islam could be defeated once and for all. But as desperate as the American government is to have the information brought to light, there are powerful forces determined that Mohammed’s mysterious final revelation continue to remain hidden forever.

What Jason Bourne was to the Cold War, Scot Harvath is to the War on Terror. In The Last Patriot, readers will be engrossed as Harvath once again takes them on a whirlwind tour through international cities and nail-biting suspense where the stakes are higher than they have ever been before.

Brad Thor is the #1 New York Times bestselling author of twenty-one thrillers, including Near Dark (one of Suspense Magazine’s Best Books of the Year), Backlash (nominated for the Barry Award for Best Thriller of the Year), Spymaster (“One of the all-time best thriller novels” —The Washington Times), The Last Patriot (nominated Best Thriller of the Year by the International Thriller Writers association), and Blowback (one of the “Top 100 Killer Thrillers of All Time” —NPR). Visit his website at BradThor.com and follow him on Facebook at Facebook.com/BradThorOfficial and on Twitter @BradThor.