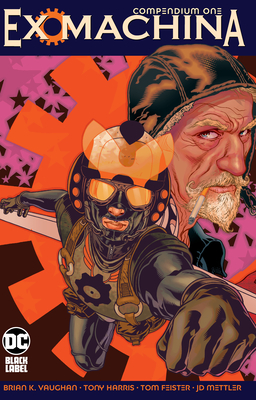 When a strange accident gives civil engineer Mitchell Hundred the amazing ability to control machinery, he uses his newfound powers to become the world's first living, breathing superhero. But the thrill of risking his life simply to help maintain the status quo eventually wears thin, leading Mitch to retire from masked crime-fighting in order to run for mayor of New York City--an election he wins by a landslide.

And that's when the real weirdness begins.

Before it's over, the lives of Mayor Hundred and everyone around him will be turned upside down and inside out--and the very fate of humanity will turn on his actions. Will the man who stopped the second plane on 9/11 be able to resist the incalculably greater threat now looming on the horizon? Or will he prove to be the ultimate example of the corrupting nature of power?

Brian K. Vaughan is the Eisner and Harvey Award-winning co-creator of many critically acclaimed comic books, including Saga, Y: The Last Man, Ex Machina, Runaways, and Pride of Baghdad. A professional comics writer since his days as an undergraduate film student at New York University, Brian has written every major DC and Marvel character from Batman to the X-Men. He's also written several screenplays, stage plays and short stories, but mostly, he likes to work on the funnybooks. He also served as writer and story editor on the hit TV series Lost.

Tony Harris is best known as the artist on the critically acclaimed series Starman written by James Robinson for DC Comics. He is currently drawing Ex Machina written by Brian K. Vaughan for WildStorm. His intricate Art Deco-influenced style melds with photorealism to create a new look for this very different series which features the super-powered mayor of New York City in a post-9/11 world.