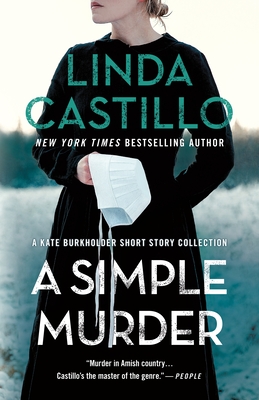 While on vacation with her partner John Tomasetti in LONG LOST, Kate discovers that the old house where they're staying is haunted by a girl who disappeared decades before...

An abandoned baby is discovered on the Amish bishop's front porch in A HIDDEN SECRET, and Kate is called in to investigate.

SEEDS OF DECEPTION unearths the secrets of Kate Burkholder's own Amish past—and lays the groundwork for her future career in law enforcement.

In the midst of a power outage in Painters Mill, a teenage girl is attacked at an Amish party in ONLY THE LUCKY.

IN DARK COMPANY is the story of an injured woman with amnesia who seeks Kate's help in trying to remember her attacker’s identity...and her own.

IN PLAIN SIGHT leads Kate to what she believes is a straightforward hit-and-run accident—but she soon uncovers a story of teenage passion that may have led to attempted murder.

Linda Castillo is the author of the New York Times and USA Today bestselling Kate Burkholder series, set in the world of the Amish. The first book, Sworn to Silence, was adapted into a Lifetime original movie titled An Amish Murder starring Neve Campbell as Kate Burkholder. Castillo is the recipient of numerous industry awards including a nomination by the International Thriller Writers for Best Hardcover, the Mystery Writers of America’s Sue Grafton Memorial Award, and an appearance on the Boston Globe’s shortlist for best crime novel. In addition to writing, Castillo’s other passion is horses. She lives in Texas with her husband and is currently at work on her next book.

Praise for the Kate Burkholder series:

"A captivating story by a gifted storyteller." —The Washington Book Review, "Sneak Peek at This Summer's Essential Novels"

"An atmospheric thriller about fear, revenge, and the dark side of Amish life...Linda Castillo is a true master of suspenseful police procedurals." —Bustle

“Murder in Amish country has a certain added frisson, and Castillo’s the master of the genre.” —People

“Electrifying...more than one twist propels the plot to its dramatic conclusion...a morally complex tale.” —Publishers Weekly

“Another rewarding crime novel that looks beyond the idealized image of the Amish.”—Kirkus Reviews

"Readers will be enthralled by this compelling and atmospheric mystery set in the heart of Amish country.” —Library Journal

“[An] incisive and affecting series. Castillo showcases her many talents: a harrowing plot in which she ratchets up the suspense to nearly unbearable levels; a heroic and fully human protagonist; an ability to engage heart and mind; a reminder that no place is immune from the intrusion of evil; and, in this novel in particular, the dangers of liars — and false prophets.” —Richmond Times-Dispatch