Confessor: Book Eleven of The Sword of Truth (Paperback) 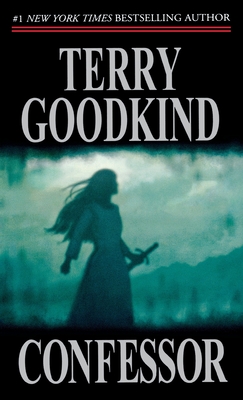 Confessor: Book Eleven of The Sword of Truth (Paperback)

This is book number 11 in the Sword of Truth series.

Descending into darkness, about to be overwhelmed by evil, those people still free are powerless to stop the coming dawn of a savage new world, while Richard faces the guilt of knowing that he must let it happen. Alone, he must bear the weight of a sin he dare not confess to the one person he loves…and has lost.

Join Richard and Kahlan in the concluding novel of one of the most remarkable and memorable journeys ever written. It started with one rule, and will end with the rule of all rules, the rule unwritten, the rule unspoken since the dawn of history.

When next the sun rises, the world will be forever changed.

“Makes an indelible impact.” —Publishers Weekly on Faith of the Fallen

“Few writers have Goodkind's power of creation…a phenomenal piece of imaginative writing, exhaustive in its scope and riveting in its detail.” —Publishing News on Temple of the Winds

“Goodkind's greatest triumph: the ability to introduce immediately identifiable characters. His heroes, like us, are not perfect. Instead, each is flawed in ways that strengthen, rather than weaken their impact.” —SFX on Blood of the Fold