Blood of the Fold: Book Three of The Sword of Truth (Paperback) 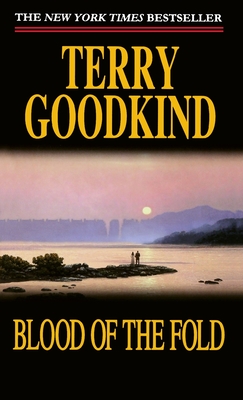 Blood of the Fold: Book Three of The Sword of Truth (Paperback)

This is book number 3 in the Sword of Truth series.

The epic saga continues with Blood of the Fold, the third book in Terry Goodkind bestselling Sword of Truth series, the basis for the TV show, Legend of the Seeker.

In a world as rich an real as our own, Richard Rahl and Kahlan Amnell stand against the ancient forces which besiege the New World--forces so terrible that when they last threatened, they could only be withstood by sealing of the Old world from whence they came. Now the barrier has been breached, and the New World is again beset by their evil power.

War and treachery plague the world, and only Richard and Ahlan can save it from an Armageddon of unimaginable savagery and destruction.

"A complex epic fantasy that crackles with vigor and magical derring-do."--Publishers Weekly