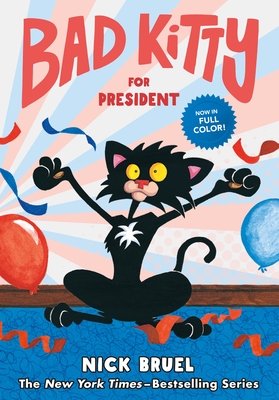 Kitty decides to run for President of the Neighborhood Cat Coalition in this full color version of the beloved Bad Kitty chapter book from bestselling author-illustrator Nick Bruel.

Nick Bruel is the author and illustrator of the phenomenally successful New York Times bestselling Bad Kitty series, including the 2012 and 2013 CBC Children's Choice Book Award winners Bad Kitty Meets the Baby and Bad Kitty for President. Nick has also written and illustrated popular picture books including Who Is Melvin Bubble?, Bob and Otto, and his most recent, A Wonderful Year. He lives with his wife and daughter in Westchester, New York.