Christ Stopped at Eboli: The Story of a Year (Paperback) 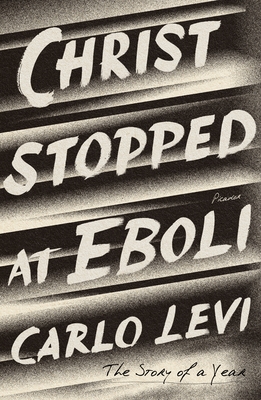 By Carlo Levi, Frances Frenaye (Translated by), Mark Rotella (Introduction by)
$18.00
On Our Shelves Now

Part autobiography, part sociological study, part travel memoir—Christ Stopped at Eboli is a reissue of Carlo Levi's classic book on life in a small, desolate Italian town during the 1930s.

It was to Lucania, a desolate land in southern Italy, that Carlo Levi—a doctor, painter, philosopher, and man of letters—was confined as a political prisoner because of his opposition to Italy's Fascist government at the start of the Ethiopian war in 1935. While there, Levi reflected on the harsh landscape and its inhabitants, peasants who lived the same lives their ancestors had, constantly fearing black magic and the near presence of death.

In so doing, Levi offered a starkly beautiful and moving account of a place and a people living outside the boundaries of progress and time.

Carlo Levi (1902-1975) was born in Turin, Italy. He was a writer, journalist, artist, and doctor, whose first documentary novel, Christ Stopped at Eboli (1945), became an international sensation and introduced the trend toward social realism in post-war Italian literature.

Mark Rotella is the author of Stolen Figs and Other Adventures in Calabria (NPP, 2003). A senior reviews editor at Publishers Weekly, he lives in Montclair, New Jersey, with his wife and their two children.

“[Levi is] a sensitive and gifted writer with a great sense of style.” —Alfred Kazin