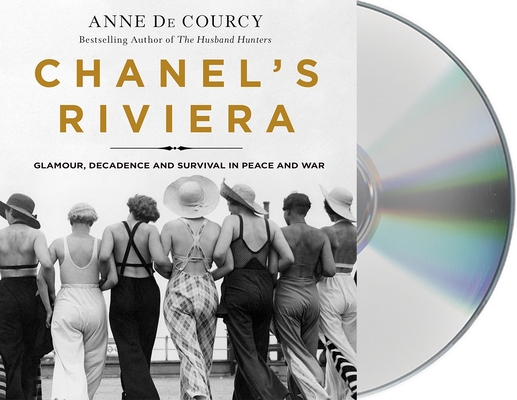 In this captivating narrative, Chanel’s Riviera explores the fascinating world of the Cote d’Azur during a period that saw the deepest extremes of luxury and terror in the twentieth century.

The Cote d’Azur in 1938 was a world of wealth, luxury, and extravagance, inhabited by a sparkling cast of characters including the Duke and Duchess of Windsor, Joseph P. Kennedy, Gloria Swanson, Colette, the Mitfords, Picasso, Cecil Beaton, and Somerset Maugham. The elite flocked to the Riviera each year to swim, gamble, and escape from the turbulence plaguing the rest of Europe. At the glittering center of it all was Coco Chanel, whose very presence at her magnificently appointed villa, La Pausa, made it the ultimate place to be. Born an orphan, her beauty and formidable intelligence allured many men, but it was her incredible talent, relentless work ethic, and exquisite taste that made her an icon.

But this wildly seductive world was poised on the edge of destruction. In a matter of months, the Nazis swooped down and the glamour of the pre-war parties and casinos gave way to the horrors of evacuation and the displacement of thousands of families during World War II. From the bitter struggle to survive emerged powerful stories of tragedy, sacrifice, and heroism.

Enriched by original research and de Courcy’s signature skill, Chanel’s Riviera brings the experiences of both rich and poor, protected and persecuted, to vivid life.

Anne de Courcy is the author of several widely acclaimed works of social history and biography, including THE HUSBAND HUNTERS, MARGOT AT WAR, THE FISHING FLEET, THE VICEROY'S DAUGHTERS and DEBS AT WAR. She lives in London and Gloucestershire.