The Dry: A Novel (Mass Market) 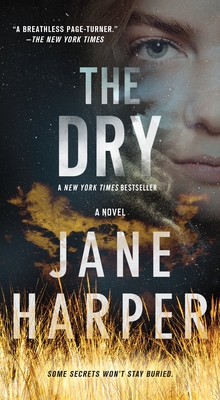 The Dry: A Novel (Mass Market)

A small town hides big secrets in The Dry, an atmospheric, page-turning mystery by New York Times bestselling author Jane Harper.
Everyday life in one small, rural town is about to take a shocking turn. . .

Federal agent Aaron Falk hasn’t been back to the place where he grew up ever since he and his father were run out of town twenty years ago. Even now, when Falk first gets word that his childhood best friend Luke is dead, he has no intention of going back. But then he gets a note: Luke lied. You lied. Be at the funeral. And, just like that, Falk is swept back into the world he vowed to leave behind—for good.

Back in his hometown, Falk is asked by Luke’s parents to find the truth about what really happened to their son. Because something about the stories people are telling about Luke just doesn’t add up. . .Soon, amid the worst drought in a century, a series of long-buried mysteries rises to the surface. Falk knows that life—and death—is never quite as it appears. Still, nothing could have prepared him for this. . .

“Thrilling. . .pays off on every level.”—Shelf Awareness

“One of the most stunning debuts I’ve ever read.”—David Baldacci

“A breathless page-turner, driven by the many revelations Ms. Harper dreams up…You’ll love [her] sleight of hand…A secret on every page.” —The New York Times

Jane Harper is the New York Times bestselling author of The Dry, Force of Nature, and The Lost Man. Jane previously worked as a print journalist in Australia and the UK and lives in Melbourne with her husband, daughter, and son.