The Glass House: A Novel (Paperback) 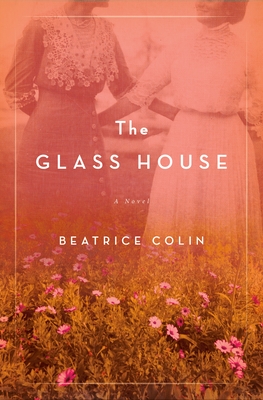 The Glass House: A Novel (Paperback)

Scotland, 1912. Antonia McCulloch’s life hasn’t gone the way she planned. She and her husband, Malcolm, have drifted apart; her burgeoning art career came to nothing; and when she looks in the mirror, she sees disappointment. But at least she will always have Balmarra, her family’s grand Scottish estate, and its exquisite glass house, filled with exotic plants that can take her far away.

When her estranged brother’s wife, Cicely Pick, arrives unannounced, with her young daughter and enough trunks to last the summer, Antonia is instantly suspicious. What besides an inheritance dispute could have brought her glamorous sister-in-law all the way from India? Still, Cicely introduces excitement and intrigue into Antonia’s life, and, as they get to know one another, Antonia realizes that Cicely has her own burdens to bear. Slowly, a fragile friendship grows between them. But when the secrets each are keeping become too explosive to conceal, the truth threatens their uneasy balance and the course of their entire lives.

Beatrice Colin was a novelist based in Glasgow. The Glimmer Palace (2008), a novel set in Berlin in the early 20th century, was translated into eight languages, was a Richard and Judy pick, and was short-listed for several major awards. Colin also wrote radio plays and adaptations for BBC Radio 4.

“In Britain at the turn of the last century, orchids are all the rage and a fortune can be made by selling off the rarest specimens. But what drives the horticultural explorers in Beatrice Colin’s The Glass House is more than the thrill of discovery or the excitement of outfoxing the competition. And what motivates the women they leave behind is even more complicated.”
—The New York Times Book Review

“Lush Eastern landscapes and the rare subjects of botanical quests and obsessions, are complemented by eloquent descriptions of the beauty of the Scottish countryside and coastline…Colin’s meandering tale has room for surprises, suspense, and soul-searching in its journey toward a cinematic conclusion.”
—Kirkus

“Balmarra itself is another character in the story, filled with family treasures and portraits, with a spectacular glass house on the grounds containing rare plant specimens from all over the world. Offer this to fans of historical fiction, women’s stories, and Scotland.”
—Booklist

“A deftly crafted and absorbing novel populated with a cast of memorable characters and unexpected plot twists, The Glass House by Beatrice Colin is an elegant story by an author with a genuine flair for originality and a consistently entertaining and narrative driven storytelling style.”
—Midwest Book Review