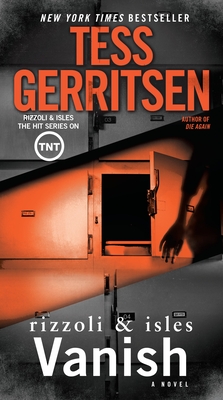 This is book number 5 in the Rizzoli & Isles series.

A blessed event becomes a nightmare for pregnant homicide detective Jane Rizzoli when she finds herself on the wrong side of a hostage crisis in this timely and relentless thriller.

A nameless, beautiful woman appears to be just another corpse in the morgue. An apparent suicide, she lies on a gurney, awaiting the dissecting scalpel of medical examiner Maura Isles. But when Maura unzips the body bag and looks down at the body, she gets the fright of her life. The corpse opens its eyes.

Very much alive, the woman is rushed to the hospital, where with shockingly cool precision, she murders a security guard and seizes hostages . . . one of them a pregnant patient, Jane Rizzoli.

Who is this violent, desperate soul, and what does she want? As the tense hours tick by, Maura joins forces with Jane’s husband, FBI agent Gabriel Dean, to track down the mysterious killer’s identity. When federal agents suddenly appear on the scene, Maura and Gabriel realize that they are dealing with a case that goes far deeper than just an ordinary hostage crisis.

Only Jane, trapped with the armed madwoman, holds the key to the mystery. And only she can solve it–if she survives the night.
New York Times bestselling author Tess Gerritsen earned international acclaim for her first novel of suspense, Harvest. She introduced Detective Jane Rizzoli in The Surgeon (2001) and Dr. Maura Isles in The Apprentice (2002) and has gone on to write numerous other titles in the celebrated Rizzoli & Isles series, most recently The Mephisto Club, The Keepsake, Ice Cold, The Silent Girl, Last to Die, and Die Again. Her latest novel is the standalone thriller Playing with Fire. A physician, Tess Gerritsen lives in Maine.