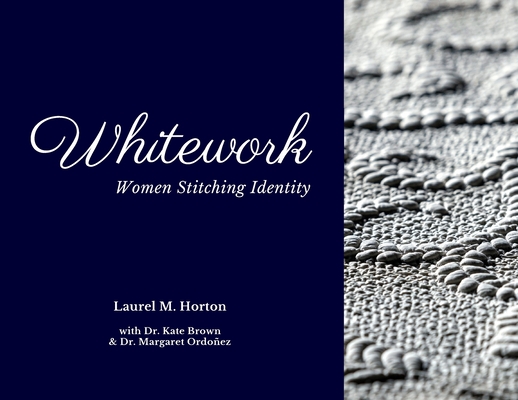 Whitework: Women Stitching Identity provides the first in-depth exploration of American-produced whitework textiles. Made during a time when women had no public voice, white quilts and counterpanes - called "whitework" - survive as material records of both personal identity and collective political expression. American women who made whitework between 1790 and 1830 were providing utilitarian textiles for their beds, as well as expressing personal preferences through the motifs found on the textiles. Yet their meaning was much deeper: the women were expressing support of patriotic efforts to reduce dependence on imported British textiles, emphasizing their new identity of American independence while maintaining a cultural tradition that began in the early Medieval period.

These textiles also counteract traditional narratives of Early Republic women, especially along the frontier regions like Kentucky. Further examination of these textiles reveals a narrative not largely addressed in Colonial Revival notions: evidence of the participation of enslaved Blacks in the creation of whitework textiles. These stories add critical context while rectifying an oversight in histories of the Early Republic frontier.

Whitework: Women Stitching Identity is based on a 2021 exhibition produced by the Kentucky Museum and Kentucky Historical Society with guest curator Laurel Horton.