The Dreamer: The Dreamland Series Book I (Paperback) 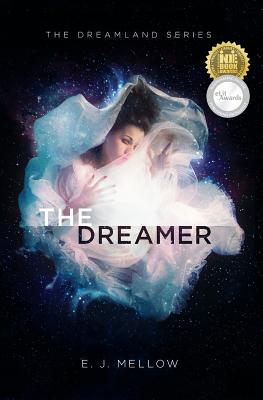 The Dreamer: The Dreamland Series Book I (Paperback)

This is book number 1 in the Dreamland series.

The first in a spellbinding contemporary fantasy trilogy, The Dreamer has been awarded a SILVER FOR BEST FANTASY/SCI-FI from the eLit Book Awards. Molly hasn't slept well since the night of her twenty-fourth birthday. Being struck by lightning might have something to do with it, but then again, her chicken did look a little undercooked at dinner. Whatever the culprit, her life quickly catapults from mundane to insane as, night after night, Molly is transported through her once dreamless sleep to a mysterious land illuminated by shooting stars. There she meets the captivating but frustrating Dev, and together they discover Molly possesses a power coveted by his people-the ability to conjure almost anything she desires into existence. Seduced by the possibilities of this gift, Molly shifts her attention from waking life toward the man, the magic, and the world found in her dreams. But Molly must ask herself-does something truly exist if you only see it when you close your eyes? Faced with the threat of losing everything-her job, best friend, boyfriend, and most importantly, that little thing called her sanity-Molly will learn just how far she'll go to uncover what is real and what is merely a figment of her imagination.
E.J. Mellow is the author behind the NA Contemporary Fantasy trilogy The Dreamland Series. When she's not busy moonlighting in the realm of make-believe, she can be found doodling, buried in a book (usually this one), or playing video games. Residing in Brooklyn, NY she is a member of Romance Writers of America and their Fantasy, Futuristic & Paranormal Chapter.