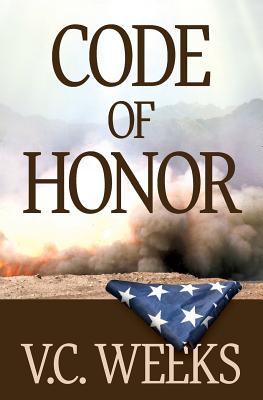 This deeply researched and intricately woven fictional history of events leading to the 2003 invasion of Iraq is, at heart, all about character. The charismatic protagonist, Staff Sergeant Hank Siemens, steps dead center into a complex minefield where money, power politics, and family history force him to decide what he stands for as a man, as a soldier, and as a citizen. He faces mortal danger and moral peril as he struggles to find a balance between honor and duty. Still recovering from injuries suffered while chasing al-Queda insurgents through the mountains of Afghanistan, Hank is assigned to logistics but, as a former advance recon team leader, he's eager to get back into the field. His aversion to administrative work only intensifies when an overbearing military contractor tries to commandeer an unscheduled shipment that arrives on his watch-but the paperwork is all wrong. Hank refuses to hand the shipment over until he checks with the base commander. A chance reunion with Smitty, a former team member, makes him wonder if he's overreacting. Smitty, who now works for the contractor, has everything-including a six-figure income. He shares his bounty, taking Hank to some of the hottest spots on the Red Sea, and eventually introducing him to a powerful corporate lobbyist who urges Hank to contact him when he finishes his tour. Excited by his new prospects, Hank wants his suspicions about the shipment to be unfounded but, after talking with his father-a retired three-star general-he's not so sure. The answer could decide whether the country goes to war...or not. V.C. Weeks details the geopolitical situation in the months prior to the Iraq war, pulling the shadowy entanglement between the Pentagon and private contractors into the blazing light of the desert sun. A cast of richly developed characters, a great love affair, and action that spans four continents provides readers with a gripping narrative and an intriguing alternative to what we know as the historic reality. Code of Honor is V.C. Weeks' first novel.