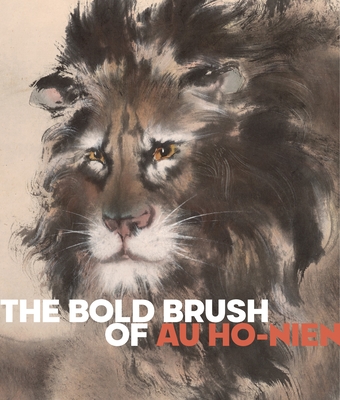 By Li He, Jay Xu (Introduction by)

The Bold Brush of Au Ho-nien features twenty-four paintings by Au Ho-nien (b. 1935), one of today's most celebrated Chinese artists. Known for his ink wash painting, Au Ho-nien is a prominent figure in the Lingnan school, an artistic movement that emerged in southern China at the turn of the twentieth century. Au's work exemplifies the school's ethos of drawing on both Chinese and Western techniques to revolutionize traditional Chinese painting.

Both the Asian Art Museum's exhibition and its accompanying catalogue will be organized in three sections by theme: figures, landscapes, and animals. The paintings, hanging scrolls dating from the 1960s to the present, are from the artist's own collection.Au Ho-nien was born in Maoming County, Guangdong; he lived in Hong Kong from 1950 until 1970, when he moved to Taiwan. Now in his mid-eighties, he has had a distinguished teaching career and his work has been presented in more than sixty solo exhibitions around the world.
Li He, associate curator of Chinese art at the Asian Art Museum of San Francisco, has organized numerous exhibitions, including Power and Glory: Court Arts of China's Ming Dynasty (2016) and Emperors' Treasures: Chinese Art from the National Palace Museum, Taipei (2017). She is the author of Chinese Ceramics: A New Comprehensive History from the Asian Art Museum of San Francisco. Jay Xu is director of the Asian Art Museum in San Francisco. He is the first Chinese American director at a major US art museum and first Asian American museum director elected to the American Academy of Arts and Sciences. The Asian Art Museum Chong-Moon Lee Center for Asian Art and Culture is a public institution whose mission is to lead a diverse global audience in discovering the unique material, aesthetic, and intellectual achievements of Asian art and culture.