Rethinking America's Past: Howard Zinn's a People's History of the United States in the Classroom and Beyond (Paperback) 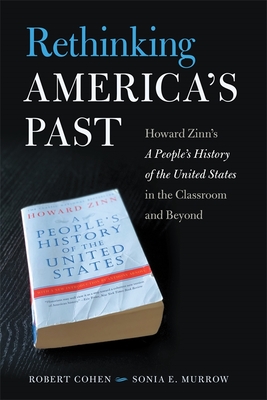 Rethinking America's Past: Howard Zinn's a People's History of the United States in the Classroom and Beyond (Paperback)

No introductory work of American history has had more influence over the past forty years than Howard Zinn's A People's History of the United States, which since its publication in 1980 has sold more than three million copies. Zinn's iconoclastic critique of American militarism, racism, and capitalism has drawn bitter criticism from the Right, most recently from President Donald Trump, who at his White House Conference on American History in 2020 denounced Zinn as a Left propagandist and accused teachers aligned with Zinn of indoctrinating students to hate America and be ashamed of its history.

Rethinking America's Past is the first work to use archival and classroom evidence to assess the impact that Zinn's classic work has had on historical teaching and learning and on American culture. This evidence refutes Trump's charges, showing that rather than indoctrinating students, Zinn's book has been used by teachers to have students debate and rethink conventional versions of American history. Rethinking America's Past also explores the ways Zinn's work fostered deeper, more critical renderings of the American past in movies and on stage and television and traces the origins and assesses the strengths and weaknesses of A People's History in light of more recent historical scholarship.
Robert Cohen (Author) ROBERT COHEN is a professor of history and social studies at New York University and is the author of Howard Zinn's Southern Diary: Sit-ins, Civil Rights, and Black Women's Student Activism. He lives in New York City. Sonia Murrow (Author) SONIA E. MURROW is an associate professor of the social foundations of education and adolescence education in the School of Education at Brooklyn College. Her research interests include the history, policy, and practice of urban education and the teaching of history to adolescents. She lives in Brooklyn, New York.