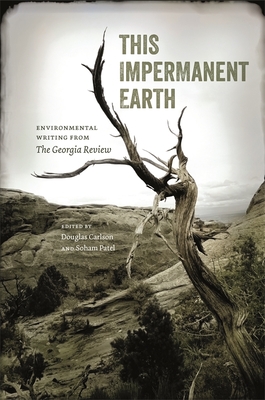 With its thirty-three essays, This Impermanent Earth charts the course of the American literary response to the twentieth century's accumulation of environmental deprivations. Arranged chronologically from 1974 to the present, the works have been culled from The Georgia Review, long considered an important venue for nonfiction among literary magazines published in the United States.

The essays range in subject matter from twentieth-century examples of what was then called nature writing, through writing after 2000 that gradually redefines the environment in increasingly human terms, to a more inclusive expansion that considers all human surroundings as material for environmental inquiry. Likewise, the approaches range from formal essays to prose works that reflect the movement toward innovation and experimentation. The collection builds as it progresses; later essays grow from earlier ones. This Impermanent Earth is more than a historical survey of a literary form, however. The Georgia Review's talented writers and its longtime commitment to the art of editorial practice have produced a collection that is, as one reviewer put it, "incredibly moving, varied, and inspiring." It is a book that will be as at home in the reading room as in the classroom.
Douglas Carlson (Editor) DOUGLAS CARLSON is associate prose editor of The Georgia Review. He is the author of Roger Tony Peterson: A Biography, and his work has been anthologized in At the Edge and When We Say We're Home. He has served on the Faculty Editorial Board for UGA Press and has also served advisory roles for Ascent magazine, White Wine Press, and New Rivers Press. Soham Patel (Editor) SOHAM PATEL is associate poetry editor at The Georgia Review. She is the author of four chapbooks of poetry including and nevermind the storm and New Weather Drafts and the full-length collections to afar from afar and ever really hear it, winner of the 2017 Subito Prize. Patel is a Kundiman fellow and a poetry editor at Fence.