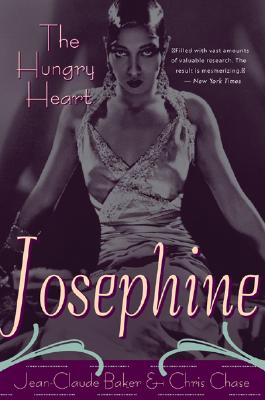 
Usually Ships in 1-5 Days
Based on twenty years of research and thousands of interviews, this authoritative biography of performer Josephine Baker (1906-1975) provides a candid look at her tempestuous life. Born into poverty in St. Louis, the uninhibited chorus girl became the sensation of Europe and the last century's first black sex symbol. A heroine of the French Resistance in World War II, she entranced figures as diverse as de Gaulle, Tito, Castro, Princess Grace, two popes, and Martin Luther King, Jr. Yet Josephine was also, as one critic put it, "a monster who made Joan Crawford look like the Virgin Mary." Jean-Claude Baker's book also reveals her outbursts that resulted in lasting feuds, her imperious treatment of family and entourage members, and her ambivalent attitudes concerning her ethnic background. Reconciling Josephine's many personas-Jazz-age icon, national hero of France, proponent of Civil Rights, mother of children from across the globe-Josephine: The Hungry Heart gives readers the inside story on a star unlike any other before or since.
Jean-Claude Baker spent years with his "second mother" Josephine Baker and her family on tour in Europe and America. Currently owner of the restaurant Chez Josephine, he lives in New York City. Chris Chase also lives in New York City.