The Hollowing: A Novel of the Mythago Cycle (Paperback) 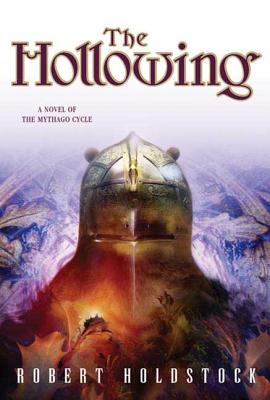 The Hollowing: A Novel of the Mythago Cycle (Paperback)

This is book number 3 in the The Mythago Cycle series.

A NOVEL IN THE WORLD FANTASY AWARD-WINNING MYTHAGO CYCLE

Ryhope Wood, Mythago Wood, is the great forest steeped in mystery, whose heart contains secrets that change all who come there.

Alex Bradley is a damaged and visionary child. Little does he know that the distorted creations of his mind are alive inside nearby Ryhope Wood. When the forest claims him, his father goes in pursuit, along with a scientific expedition looking for the secret of "mythago-genesis"...

But inside Ryhope, Alex has created a hundred forms of the Trickster-all of them seeking their maker, and all of them deadly.

Robert Holdstock is the author of the World Fantasy Award-winning Mythago Wood, widely considered one of the most significant fantasy novels of the 20th century. He lives in rural England not far from London.

“Indescribably enchanting.” —The Spectator on The Hollowing

“Rob Holdstock's is one of the voices at the very heart of modern fantasy.” —Guy Gavriel Kay

“One of Britain's best fantasists...a myth-maker of originality.” —The Times on The Bone Forest

“Holdstock is now the finest writer of metamorphic fantasy now working.” —The Washington Post on Celtika