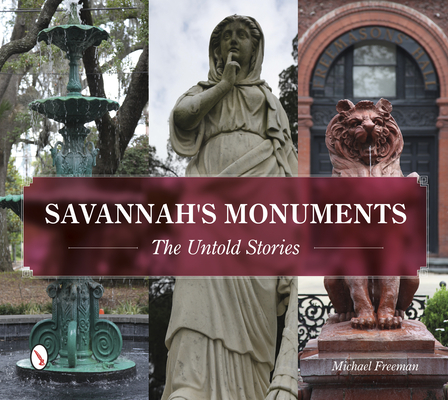 
On Our Shelves Now
Learn the histories and behind-closed-door chronicles of 69 monuments in Savannah, Georgia. These shrines commemorate the Southern city's people and events, celebrating sculptors and heroes, Savannah's contributions to America's wars, and its economic and innovative legacy. Discover various ethnic groups who have contributed to the city's history through monuments such as the Jewish Burial Ground Marker, where people still lay pebbles to honor those who have passed before them. Stories are shared in an accessible, conversational, and engaging manner, with attention to historical detail, and are accompanied by more than 180 images. Use the included tour maps to enhance these accounts as you wander the beautiful squares, parks, and boulevards of Savannah and appreciate the "coastal empire" in a way you never have before.
Michael Freeman has been studying and lecturing about Savannah's monuments for over five years. He holds a BA in history and an M.Div. in religion.