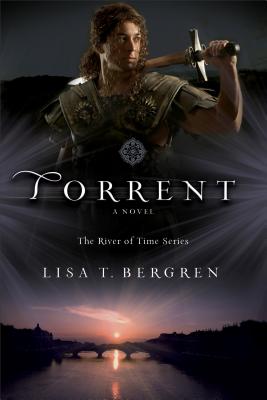 This is book number 3 in the River of Time series.

When Gabi and Lia finally learn to surf the river of time, they realize they must make hard choices about life and love in Torrent, the third and final book in the River of Time series.

Gabi and Lia Betarrini have learned to control their time travel, and they return from medieval Italy to save their father from his tragic death in modern times.

But love calls across the centuries, and the girls are determined to return forever--even though they know the Black Plague is advancing across Europe, claiming the lives of one-third of the population. In the suspenseful conclusion of the River of Time series, every decision is about life . . . and death.
Lisa T. Bergren is the best-selling, award-winning author of more than thirty books that have sold more than two million copies. A former publishing executive, she now splits her time writing, editing, and dreaming of her next trip to Italy while parenting her three children with her husband, Tim. They live in Colorado Springs, Colorado.