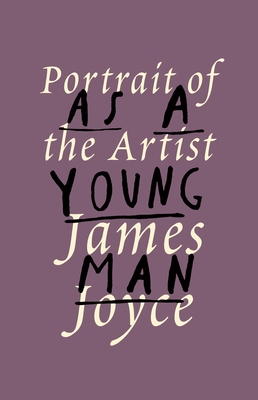 "I will not serve that in which I no longer believe, whether it call itself my home, my fatherland or my church: and I will try to express myself in some mode of life or art as freely as I can and as wholly as I can, using for my defence the only arms I allow myself to use -- silence, exile, and cunning."

James Joyce's supremely innovative fictional autobiography is also, in the apt phrase of the biographer Richard Ellmann, nothing less than "the gestation of a soul." For as he describes the shabby, cloying, and sometimes terrifying Dublin upbringing of his alter ego, Stephen Dedalus, Joyce immerses the reader in his emerging consciousness, employing language that ranges from baby talk to hellfire sermon to a triumphant artist's manifesto. The result is a novel of immense boldness, eloquence, and energy, a work that inaugurated a literary revolution and has become a model for the portrayal of the self in our time.

The text of this edition has been newly edited by Hans Walter Gabler and Walter Hettche and is followed by a new afterword, chronology, and bibliography by Richard Brown.

James Joyce, the twentieth century’s most influential novelist, was born in Dublin on February 2, 1882. The oldest of ten children, he grew up in a family that went from prosperity to penury because of his father’s wastrel behavior. After receiving a rigorous Jesuit education, twenty-year-old Joyce renounced his Catholicism and left Dublin in 1902 to spend most of his life as a writer in exile in Paris, Trieste, Rome, and Zurich. On one trip back to Ireland, he fell in love with the now famous Nora Barnacle on June 16, the day he later chose as “Bloomsday” in his novel Ulysses. Nara was an uneducated Galway girl who became his lifelong companion an the mother of his two children. In debt and drinking heavily, Joyce lived for thirty-six years on the Continent, supporting himself first by teaching jobs, then trough the patronage of Mrs. Harold McCormick (Edith Rockerfeller) and the English feminist and editor Harriet Shaw Weaver. His writings include Chamber music (1907), Dubliners (1914), A Portrait of the Artist as a Young Man (1916), Exiles (1918), Ulysses (1922), Poems Penyeach (1927), Finnegans Wake (1939), and an early draft of A Portrait of a Young Man, Stephan Hero (1944). Ulysses required seven years to complete, and his masterpiece, Finnegans Wake, took seventeen. Both works revolutionized the form, structure, and content of the novel. Joyce died in Zurich in 1941.

“A Portrait of the Artist as a Young Man is in fact the gestation of a soul.” –Richard Ellmann

“[Mr. Joyce is] concerned at all costs to reveal the flickerings of that innermost flame which flashes its myriad message through the brain, he disregards with complete courage whatever seems to him adventitious, though it be probability or coherence or any other of the handrails to which we cling for support when we set our imaginations free.” –Virginia Woolf

“[A Portrait of the Artist as a Young Man will] remain a permanent part of English literature.” –Ezra Pound

With an Introduction by Richard Brown